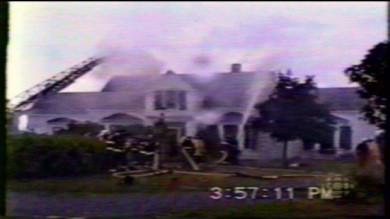 On August 3, 1996, fire fighters and Pugwash villagers saved the Thinkers Lodge and all its historic content.

Lisa Betts shares her role in fighting the fire at Thinkers Lodge. click to listen to Lisa.

Origin of the Fire

July 19, 2016 was first time Craig Mundle had been in Thinkers Lodge since August 3, 1996.  He had graduated from high school and was driving a truck for a living.  Like now, he was a volunteer fire man.

That day Craig was at home at 162 Water Street. He believes it might have been a Sunday, and the family had come home from church.  Someone came to house and reported that the Thinkers Lodge was on fire.  His mother, Norma Mundle, called 911, and Craig rushed to the fire hall on Durham Street where he was the first to arrive.  He got all the trucks running and waited for the call to come in.  The other firefighters always carried fire pagers.  Craig responded with Truck One.

He saw a lot of smoke coming out of the eves. Wallace and Oxford Fire Department were called for more manpower and tankers. Wayne Smith went in first with another man while Craig was getting gear on.  Craig entered with Jason Smith through the front door. The fire had made a large gap in the front room which they thought at first was a doorway.

He remembers an opening that burnt out near the kitchen.  They worked to extinguish the fire. Crews stayed in about thirty minutes before emerging for relief and air.

Upstairs in the room above Anne Eaton’s room after Wayne Smith used an axe to smash out a window to let smoke and pressure escape, the firefighters used pikes to break through walls and make a large opening facing the salt mines. 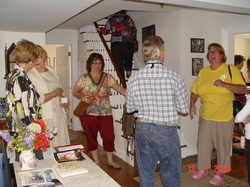 Fire fighters from from Pugwash, Wallace, Oxford, and Shinamacas rush to scene.

“The Wallace Fire Department was just getting started on their annual summer family picnic when pager tones alerted me to a pending message.  We came over here to Thinkers Lodge. The fire seemed to be in this back wall.”

Lisa Betts (in yellow) walked toward the stairs which she climbed to ventilate Thinkers' Lodge during the fire. 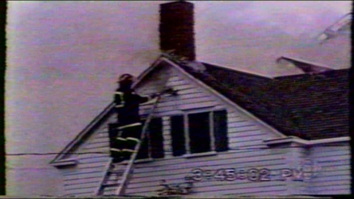 Wayne Smith recounted his memories of the fire. “We were asked to ventilate this upstairs room, to let enough heat out.” Wayne and his first partner went up the stairs [on the second floor in the East Wing above Anne Eaton’s room, which faces Water Street.] “The first time we came into the house and up the stairs and started to enter the room, the extreme heat pushed us back.  We were down on our hands and knees because the visibility was zero.

Inside, it was too hot for my first partner to carry on, so we backed out and went back outside.”
Wayne explained, “After we made it up to the landing, we did a search pattern. I swept to the right and found the wall and worked my way to the right until I found the window. I broke open one of these tiny windows with a spanner wrench form my pocket. I cleaned out the sharp edges of the window and performed hydraulic ventilation. I opened our nozzle to a fog pattern and ventilated some of the smoke out of the room so we could see if there was actual fire in the room. At the point, we could see a lot better, and we worked our way out.  Another crew relieved us so we could replenish our fluids.” 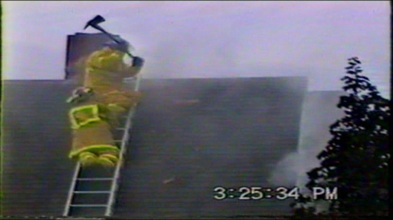 “They tried to ventilate it from the outside first. It was very dark and it was extraordinarily hot.  I said, ‘It’s going to flash! Let’s get out of here!’  We agreed.  We backed down the stairs. We weren’t inside a long time.  We had a hose line with us. There was very little flame, mostly heat and smoke.  There was a tremendous amount of heat.”
~ Lisa Betts 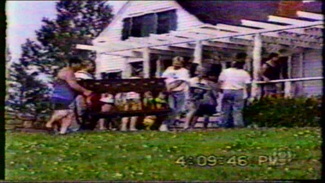 Villagers work together to salvage the contents of Thinkers Lodge.

Lisa said, “Outside there was a lot of activity going on. I remember looking down at the hooked rugs and thinking ‘We have to get these things gathered up because of dirty old boots going through here.

“I remember clearly thinking about how great it was that the villagers pulled together at such a time. People who had never been on the property before, let alone inside the building, worked together to pass belongings from the north side, around the house to the west and then to the Dining Hall.  I also remember, somewhat cynically, thinking I hope someone is supervising this salvage effort and that the end of this line is going to the lobster factory, not a U-Haul truck headed for who-knows-where!” 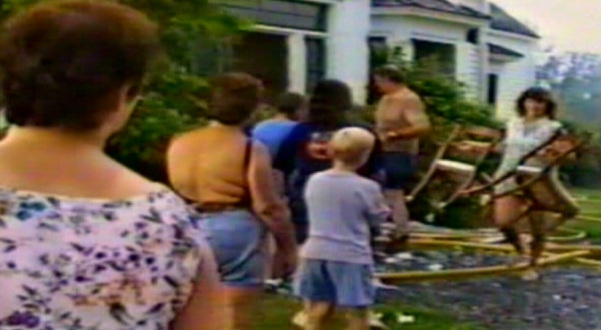 " A very large crowd had gathered outside.  When you think of all the artifacts that were here – all taken out and handled reverently.  Nothing was lost.  It showed a real reverence for this building and what it stands for."
~ Terry Smith 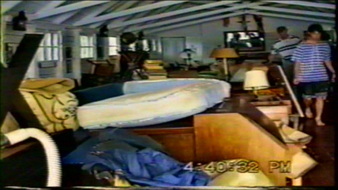 Everything was carried to the Dining Hall.  Villagers started cleaning off the furniture that very day.

Wayne recalled, "I was a member of the Youth Peace Conference in the summer of 1985 after I graduated from Pugwash High. We had youth from all over Canada.  It was through the United Church. We discussed peace options. I had grown up listening to stories about the historic conference and the contribution that Cyrus Eaton made to the community.”  Wayne toured the Thinkers Lodge on his visit on July 12, 2013.  This was the first time he had been in the Lodge since he helped to save it.  He was impressed with the renovations and please to hear about the continuation of the conferences. 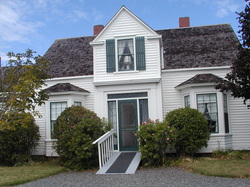 Gratitude goes out to all the 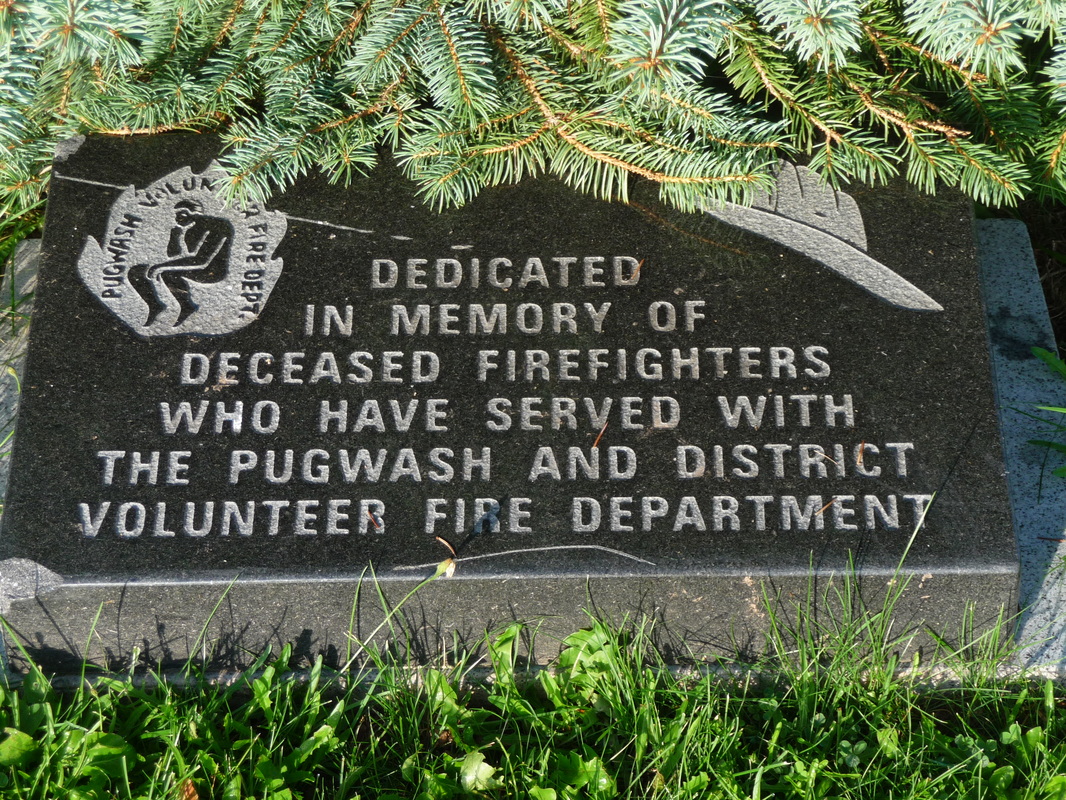