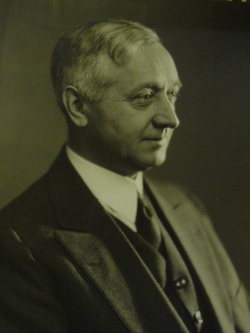 Communists' Capitalist~I by E. J. Kahn October 10, 1977
PROFILE of industrialist Cyrus Stephen Eaton, who at nearly 94, is the oldest member of the board of trustees of the University of Chicago. Eaton, who was born in Pugwash, Nova Scotia, and graduated from McMaster University in 1905, has been, since the 1950's, a controversial proponent of coexistence with the Communist countries. A believer in capitalism (he has made his living in "generally speaking, rubber, steel, electricity, and finance"), Eaton's interest in the Soviet Union was whetted by his friendship with Samuel Harper, who eventually became the head of the Russian-language department of the Univ. of Chicago. Beginning in 1955, Eaton frequently played host to visiting Russians. He also maintained an intimate friendship with Nikita Khrushchev. Eaton is one of the few Western holders of the Lenin Peace Prize, which he received on July 1, 1960. Tells about how Eaton's informal gatherings of scientists evolved into the yearly Pugwash Conferences on Science and World Affairs. Eaton has frequently criticized the FBI and the CIA for unwarranted invasion of privacy. He has, however, little use for American student radicals. Today Eaton is chairman emeritus of the Chesapeake & Ohio Railway & has an office on the 36th floor of the Terminal Tower in Cleveland, from which for 20 years he had almost literally loomed over that town. (Access the entire article) or read below.