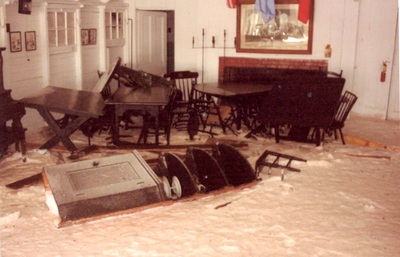 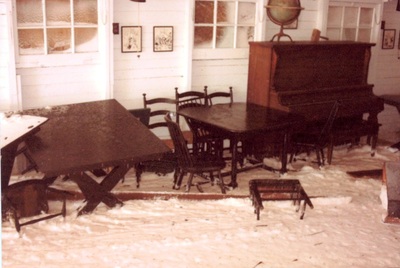 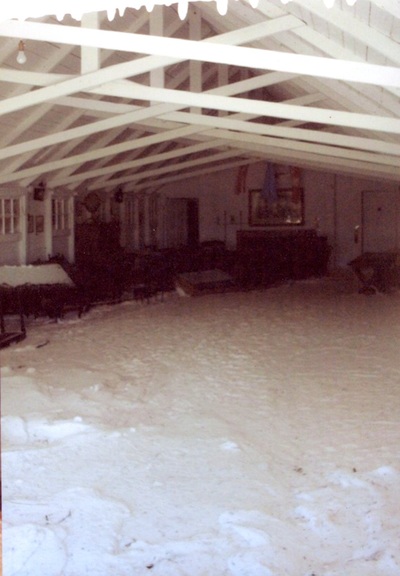 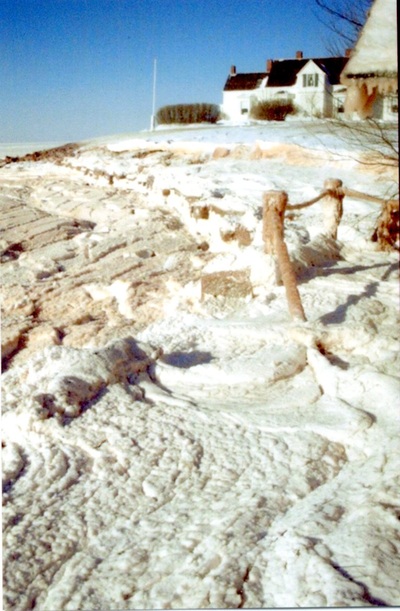 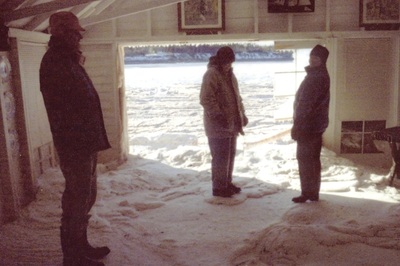 The Lobster Factory on Water Street
built by Frank Allan around 1920 next to the Pineo Home, now The Thinkers’ Lodge.

Frank Allan arrived in Pugwash to join his two much older brothers.  He was the youngest in the family.  Around 1921 he built a Lobster Canning Factory on Water Street.  The workers likely came from New Brunswick. Later he had other lobster factories and bought a farm.  Frank sold the factory to in 1929 to Cyrus Eaton who turned it into the Pagweak Tea Room at the same time he bought the adjacent Pineo Lodge which was converted to a B & B.  Andrew Cobb, a famous architect, redesigned the Pineo Lodge.  Frank lived at home he built on Water Street, which is now the Mundle Funeral Home.

His daughters Hester Allan and Beryl Allan still come to visit Pugwash in the summers.

“Shipbuilding was the largest industry in northern Nova Scotia during the 1800s, employing thousands of people from Pugwash to Pictou. When this industry began to fail at the turn of the century the people of the shore communities looked towards the lobster fishery to make their living.

The lobster fishery has changed considerably over the years. It has been the livelihood of the north shore people for the last century. It has suffered through bad times and flourished in good times. For over thirty years hundreds of lobster canneries dotted the coastline of the Northumberland Strait where thousands of fishermen would bring their catches to be processed. These small plants would employ fishermen and cannery workers, both local men and women and those from away. It was a wide-spread and profitable business, but unfortunately short-lived.” (Thinkerslodge.org) 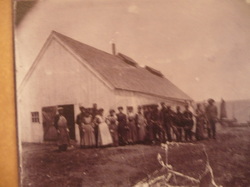 “Josh Allen’s factory was on the present day site of the Seagull Ware House on Highway 6. His wharf was where one of the marinas is, and fisherman came in with their catch, and they would put the lobster in trolley cars, and take it up to the factory to be processed. He went up to Richabutco and Butouche in North Shore of New Brunswick and he brought back women in a truck to work in his lobster factory.  They stayed in a bunkhouse right on the site of the lobster factory.  They got $75 per month plus room and board.  Josh had a farm in Port Howe, so he had enough food to feed his workers.  I interviewed Josh Allen’s daughters and a couple of the women who worked in the Lobster Factory.  Some of the workers met men in the Pugwash area, fell in love, married, and stayed to raise families.  Many of the women came from French communities and were Roman Catholic.”  ~ Terry Smith

“Josh began building and buying lobster factories in the late 1930s.  His first factory was in Port Howe and his second was just up the shore from Crescent Beach near Frank Allan’s lobster factory by then part of the Eaton Estate.  Josh also had a fishing stand on the Upper Gulf Shore near where MacLean drive is today.  His wife Ethel helped to cook and serve the meals for Josh’s fisherman. (Stories from the Lobster Fishery of Cumberland’s Northern Shore by Steven Leahey, p. 62) 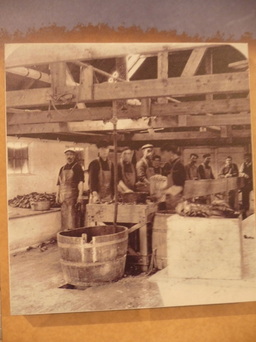 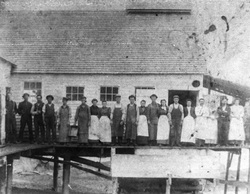 “Josh’s Port Howe factory was a good size for its time and had both a cook and bunkhouse.  The lobsters were offloaded at the wharf and transported by truck to the factory.  They were then weighed and measured at the weighing station and sorted according to size, canners or markets.  Josh’s daughters, Reta and Ruby, and their school pals often helped line and label the lobster cans.  The lobster cans were loaded onto a truck bound for Halifax and then shipped overseas.  Each can was stamped with the J. R. Allen logo, and one of the two brands, Maple Leaf or Evangeline.  …The industry switched from canning lobster meat to preparing cold packs and shipping live lobsters.  Cold packs, both those with plug and window tops, were packed into freezer barrels (130 packs per barrel) and delivered to freezer trucks to Josh’s brokers in Boston, Washington, New York, Philadelphia, Chicago, and Toronto. (62 & 63)

Josh and his son, Winston, stocked the farm with pure-bred shorthorns, with many traded and bought from Cyrus Eaton.  His woodlots supplied his mill on Queen, which in turn supplied his factories and cookhouses.  His hardware store near the Baptist Church was the main conduit for supplying his growing operation.”  (64)
(courtesy of North Cumberland Historical Society and Stephen Leahey who did extensive interviews and wrote Stories from the Lobster Fishery of Cumberland’s Northern Shore.) 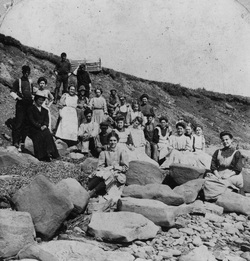 Many packers “hired their female factory workers from the Bouctouche area in New Brunswick.  They tried to get the same girls every year as those experienced in placing lobster parts in cans were particularly valued by the factory.  There was also a special talent involved in getting the meat out of the lobsters, particularly the soft-shelled ones.  …In the early days, the factory girls would come to Pugwash by train and be brought to the factory by horse and cart. “ (p. 57) 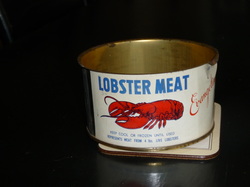 Workers packed tails and claws and threw away the bodies. “My father loved to eat the meat from the bodies they didn’t use.  I remember my father saying he could down to shore and put in stick and a lobster would grab it.  Lobster was called the poor man’s food.  Lobster was also used for fertilizer.” ~Terry Smith