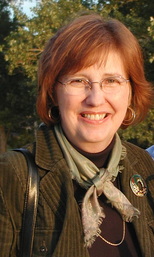 CYRUS EATON: THE PUGWASH PROPHET A Biography by Margaret Patricia Eaton CHAPTER ONE

The view through the long, narrow-paned windows of Thinker’s Lodge was of the calm and peaceful waters of Pugwash Harbour in Nova Scotia.  Anne Kinder Eaton’s memories, however, were of far more tumultuous scenes, almost thirty years in the past. “If my husband were alive today, he would still be controversial,” she insisted, when interviewed on a warm sunny afternoon in July, 1986.

“My father is, indeed, a unique and intriguing figure; I think a mystery man to many,” Mary Eaton LeFevre told me as we talked in the book-lined library of her home in Chagrin Falls, near Cleveland, the following spring.

In his office in the 52-storey Terminal Tower building overlooking downtown Cleveland, Cyrus Eaton, Jr. said, “His business came first in his life, and his business affairs were extraordinarily complex.”  He paused, looked away, then continued on in a lower tone, more to himself than to me, “I wonder if anyone ever could understand the heart of my father.”

Two years earlier, in 1985, and hundreds of miles away  in Chester, Nova Scotia, Farlee Eaton Hume’s voice had grown husky with emotion,

her intensely blue eyes misty.  “I adored my father!  Even now, even after six years…I still miss him…” Her memories were of the idyllic summer holidays spent at Deep Cove Farm.  Even though the “cottage” was just a few miles east along the scenic Lighthouse Route 3, it had been sold by her step-mother, Anne, following her father’s death in 1979 and so was forever out of reach. There was a sense of longing and bitterness in her voice; even at this point in her life she wasn’t reconciled to her father’s re-marriage.

The voice of Betty Royan, retired secretary, was curt and crisp on the telephone.  “No, I’m not interested in talking to you about Mr. Eaton…. moreover, Mr. Eaton always expressed a wish that I would write his biography myself.”  When asked if she was in fact doing so, there was just a moment’s hesitation … then, “I’ve already told you, I’m not interested in talking to you.  Good-bye.” Click!

From his California home, grandson Cyrus Eaton III wrote about the burden of bearing a famous name and living in the shadow of his grandfather, unable to find his own identity.  But on the positive side, he believed he had inherited from him, “stubbornness, high morals, willingness to do what I believe in and the ability to continue when all the chips are down.”

“He was a good Dad,” MacPherson Eaton recalled.  “Yes, I had a good father and a good mother.”  We were sitting in his home on Gaspereau Mountain, just outside Wolfville, Nova Scotia, overlooking the Annapolis Valley, home to his eighteenth century ancestors.  As he patiently threaded the 16mm film projector, he reminisced about the early movie camera, a gift from his father to his mother for Christmas in 1925. “Dad was always generous.”

The black and white images flicker silently on the screen.  “This would be early in 1926.”  The camera has focused on a group of children in fur-trimmed coats and hats, playing with a German Shepard dog, in park-like surroundings.  “That was on the grounds of our home on Euclid Avenue in Cleveland.  The house was a massive place, all heavy dark panelling inside.”

“Here’s Mother.” A laughing, dark-haired woman tumbles into the snow from a low sleigh pulled by a pony.  “That was on the grounds of Acadia Farms, twenty miles out of the city.”

“This is Grandpa House.  He was a great story-teller and had a marvellous green thumb.” An stout, older man wanders along by the bank of a stream,

stopping occasionally to pick flowers.  “Mother thought that he might have helped Dad in 1907.  No one really knows for sure.”

“Ah, at last, here’s Dad, playing tennis.”  He’s tall, handsome, athletic in appearance, enthusiastic about the family game. He’s having fun, but he also looks like a man who plays to win.

“And this is on board the Homeric.  We all sailed to England in the summer of 1928, where Dad had rented the Mount Browne estate near Guildford in Surrey.”  The children turn somersaults on the manicured lawn, roses bloom profusely, and the first Mrs. Eaton, Margaret, entertains Lady Swinton at an elegant afternoon tea.  “The English servants thought that we American children were dreadfully wild and our family ‘very democratic’.”

1928 --- the last of the good years before the stock market crash, in which Cyrus Eaton, who was a millionaire by age thirty, lost one hundred million dollars.  There are no films of those years, at least not of Cyrus Eaton himself.  He emerges again, many years later, conservatively and immaculately dressed, silver-haired, dignified.  He looks the part of the man who the press described as “master of an estimated $2.6 billion empire.”  In these films he hosts international conferences of scientists and philosophers, walks beside Soviet cosmonaut Yuri Gagarin, travels around the globe with his elegant and gracious second wife, Anne, enjoys family reunions with his many grand-children, inspects his prize-winning Shorthorns.

An always complex and often controversial man, Cyrus Eaton’s life was filled with paradoxes.  Public relations officer Alexander Ostow said he was “the most reviled, the most admired man in Cleveland,” while political columnist Doug Fisher noted that although he always retained a “sense of Canadianism”, he was “as American as can be.”  Journalists called him “the last of the tycoons”; he called himself   “a philosopher and a farmer.”  He also once referred to himself as, “perhaps as hardened a capitalist as the world contains,” and yet he was awarded the Lenin Peace Prize, one of the top honours of the Communist world, seldom given to a Westerner.  During the Cold War, he was vilified by the American press as a Communist sympathizer and accused, though not convicted, of contravening the 1799 Logan Act. Toward the end of his life and following his death in 1979, he was praised by President Jimmy Carter, William Epstein of the United Nations and banker David Rockefeller, among others, for being a man of courage and vision, and one who started the process that eventually led to détente. In 1995, the Pugwash Conference of Science and World Affairs, which he had sponsored and developed in 1957, received the Nobel Peace Prize, sharing it with Sir Joseph Rotblat, the last surviving scientist from the first conference.  This prestigious award marked the final and certainly most important vindication of his once controversial and unpopular view, namely that the world was imperilled by the nuclear arms race.

Indeed, Eaton’s colourful life, which spanned nine and a half decades, still begs the question: “Will the real Cyrus Stephen Eaton please stand up?”