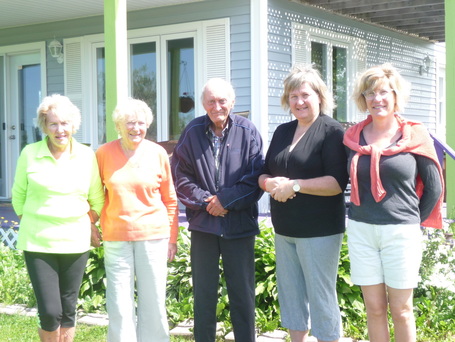 Hester Allan, Beryl Arab, Jack Allan, Sheryl Williams, and Pamela Williams: three children and two grandchildren of Frank Allan
Frank Allan (Frank Wells Woodbury Allan) arrived in Pugwash to join his two much older brothers.  His father was Gilbert Allan, who married his wife in 1865.  Frank was born in 1882, one year before Cyrus Eaton. He died in 1957.  He was the second youngest of sixteen children all born between 1865 and 1885.  Frank’s first wife (Ethel Davis) died, and his second wife was Margaret Macivor who was a teacher in a one-room school-houses from Nova Scotia to Saskatchwean.  Frank and Margaret had five children (Mary, Jack, Hester, Beryl, and Ann).  He came from Bayside, New Brunswick near Port Elgin where they had a farm and probably were in lobster business.

Around 1921 he built a Lobster Canning Factory on Water Street.  He owned some lobster boats and hired other lobstermen who owned their own boats. The workers likely came from New Brunswick. Frank sold the lobster factory on Water Street in 1929 to Cyrus Eaton who turned it into the Pagweak Tea Room at the same time he bought the adjacent Pineo Lodge which was converted to a B & B.  Andrew Cobb, a famous architect, redesigned the Pineo Lodge.

Two of his Frank’s sons from his first marriage worked with him in the lobster business.  Bruce Allan was a mechanic for the boats and Maxwell worked with him until he injured his leg from an accident with a rake.  Maxwell became the harbor master who supplied incoming ships with food and supplies.  Later he drove a taxi. He owned the second car in Pugwash after WW II and drove a Hudson. He was hired to tour the Pullman Porters from the C & O trains around the area.  Very few people owned cars.  Bruce with four friends drove to British Columbia to look for work.

Frank lived at a home he built on Water Street, which burned and was later where Eva Webb, Cyrus’s sister, built her home.  A brother, Silver Allan, lived in what is now the Mundle Funeral Home.  Later Frank built at least three other lobster factories along Crescent Beach and the Northumberland Shore, where he bought a farm on Gulf Shore Road that was originally owned by Gilbert Allan and then by Chesley Allan. This land probably originally belonged to the Pineo family.  Their first home on Gulf Shore Road burned.  Frank quit the lobster business in 1939 just before the war broke out.  The economy in Pugwash was very poor.  He farmed.  They had dairy cattle and some sheep.  Some of the parts of the lobster factory was used to build their home.

Beryl remembers getting to go on the trains when they came into town for Thinkers Lodge conference attendees to stay on.  She said the interior were luxurious like a formal living room with couches and chairs.  She wondered if Cyrus Eaton had his own train car.   Both Beryl and Hester left home at sixteen and moved to Halifax.

Beryl and Hester remember meeting Cyrus Eaton on Crescent Beach in front of their home when he was walking.  They remember him being very friendly and asking about their families and listening carefully to their answers.  They also remember meeting Yuri Gagarin, the first Russian Astronaut to circle the globe,  walking on the beach.  That would have been in August, 1961 when Gagarin came to Pugwash because he wanted to visit the place where the peace movement started.  On his visit, he was greeted enthusiastically by hundreds of visitors when he spoke on stage in Cyrus Eaton Park. 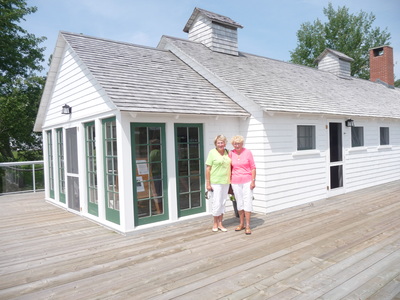 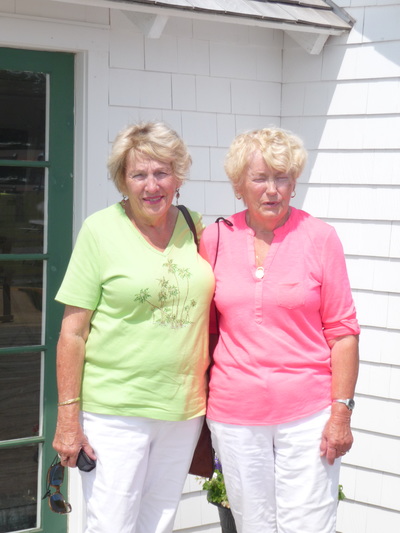 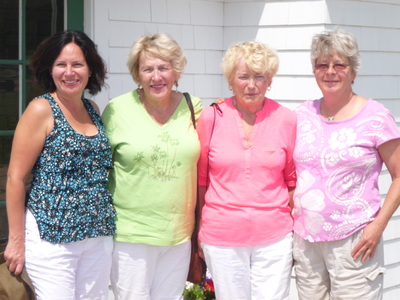