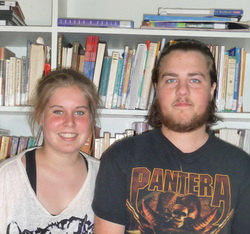 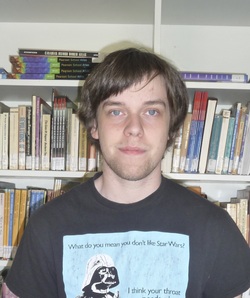 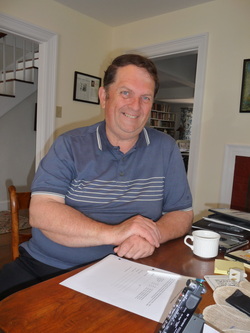 Terry Smith taught history for many years in Pugwash.  He developed an early interest in Thinkers Lodge and the people who participated in the conferences.
1)     Who did you drive?

In 1957, I applied for a job to drive these people from and to the airport and to do general driving for the thinkers who came here. He got the job after getting his licence and that was amazing. He drove many different people like Rotblat, I probably brought him to Pugwash and back to the airport in Halifax three or four times. Mark A was one of the most interesting people that I brought. I brought Mark M who was Canada justice minister. I brought A C from Prince Edward Island, Harver law professor, French journalists, RB who was Cyrus Eaton private botler (?). Everybody knew that the conference will take place when they saw Burk driving around in Pugwash because he always came couple weeks before the conference to get everything ready.

After they got here, I will see them just occasionally but when I got them in car, I got to talk to them.

2)     Did you meet other people around town other than one that you drove?

As the years went by, I used to get invited to little entertainment or to a meal where I got to meet a lot of people.

It was mostly driving job but sometimes they will send me on a mission. One time, I remember, they send me to get them a (weel?) of cheese. They wanted brie and camembert and I drove over much of Nova Scotia looking for the cheese and I finally found them on a little dalley(?) in Truro. One time, they send me to get parsley to put on the plates so I had to find someone who was growing parsley.

Usually I picked them up at the airport in Halifax or in Moncton. They most of them came in by plane. Cyrus Eaton’s daughter lived in Chester and I picked her up at her house and maybe others people too.

In the early years I used my father’s car and after I got my own car I used it for a few years and then it became a matter of insurance and liability so the conference rented a car for me and put special insurance on it. The gas was all paid I will just go to the garage and get the gas.

It was always driving on good weather, always on a good part of the year so I never had to worry too much about the weather. It was sometimes awkward. One time, I went to the airport to pick up someone from Algeria at night at 10 oclock. But he didn’t get to Halifax until 4 oclock in the morning.  And when the two of us arrived in Pugwash we were pretty well tired out and he had to attempt the conference the next day. Sometimes the conference will just last for two or three days so everything was condense to a very short time. Few delegates might of  stay an extra day or two or even a week but very often they were here for a very short time.

I loved it, I still enjoyed driving just for pleasure. I certainly enjoyed driving this kind of people because I learned a lot about other part of the world and what’s going on in the world but I also made some money.

8)     Is there any interesting stories that happened when driving them?

There was that story about 4oclock in the morning. On a few occasion I had a car that was really (jump pack?)  like sometimes if three people were coming in within two hours spent, they will get me to bring them all and I remember one time we had to put a part of the (ligent?) of someone knees because the trunk was just totally full. They will bring sometimes quite a bit of luggage with them. One time They couldn’t get over how much open land was here. Apparently the land from their country was all used. I had a news reporter one time, probably the only person that annoyed me. They were just so arrogant. They thought they were just so far than everybody else. The delegates were wonderful but the new reporter wanted to be important.

I did. I met him about three different occasions and the last time that I saw him was down at the lodge. He loves to bring his family to the lodge to Pugwash for a picnic and I don’t know how I get to be invited there but I did and he has his little jack russel terrier sitting beside him.

Very often, I met Joseph Rotblat on a number of occasions. I probably drove him from the airport at least three or four times. He was a very vibrant men, actif, he can talk about anything