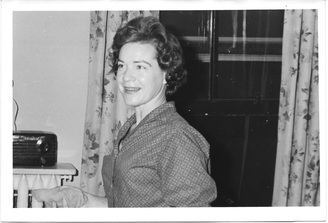 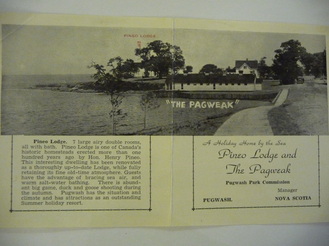 Ad for Pineo Lodge and Pagweak Tea Room. Cyrus Eaton hoped to bring tourists to the region and employ residents of North Cumberland County.
Greta used to work  from 7am to 9 pm, seven days a week, with two hours free in the afternoons. Greta didn’t work everyday in the later years.  She wore a white uniform, which had to be starched and ironed. Greta became head waitress after a few years.  The head waitress was responsible for seeing that the tables were set properly and that the patrons were satisfied.

A woman from Springhill (name forgotten) whose husband had been an MLA  and Senator, trained the waitresses.  Edna Mundle used to come to help if they were busy.

Breakfast consisted of toast, porridge with brown sugar, eggs and ham, tea or coffee.  One guest had never seen brown sugar before. The Americans preferred coffee. The menu for lunch and supper included lobster and fish. Sometimes they would run out of some of the choices of food, especially on a Sunday, and some guests were not too happy.

The pay was $25 a month.  Cyrus gave the staff a scarf and pen from the C&O railway company but no tips. One year the waiters decided they weren’t making enough money so some of them wrote a letter to Cyrus Eaton requesting more pay. Nobody wanted to sign the letter so Greta signed it. When she was serving Cyrus and a big group he had invited, he said “Your name is Mrs Leahey; you are the one who signed the letter.” He gave them a raise of $5 a month to $30 a month.
Cyrus would invite merchants from Pugwash, such as Josh Allen.  Champagne was always served.  Cyrus himself brought his own Poland Spring Water produced in Maine.  Charles Eaton used to come with his secretary. A person with the last name Strauss came every summer from New York for a number of years. The Russians bought suits at Mark Gillis’ store and charged them and their phone calls to Cyrus.

Mrs Webb (Cyrus Eaton's sister) had said that when the conferences were on there were secret service men “all over the place.” 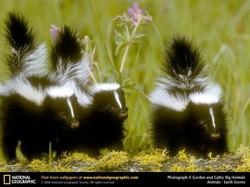 Greta was living with her mother and two boys in South Pugwash and walked to and from work along the railway track. One evening she met a skunk and some baby skunks, which delayed her journey home.
Interviewers: